Great review on my latest book. Thanks Bibi…

Time to meet and greet…

It’s the Meet and Greet weekend everyone!!  Strap on your party shoes and join the fun!

Ok so here are the rules:

See ya on Monday!!

I have just finished a new book and think it might be my best yet. Then again, I’m probably a bit biased. This new one took a while to do. The story came along pretty easy, but the pictures were the problem. The problem with them is I just had a hard time satisfying myself.

It’s weird how the more you do something the harder you get on yourself. My first book I was so proud to have actually finished, I didn’t think about a lot of the things I do now. Some of that is learning from the mistakes too. I’ve made them. I still make them. But I do think it’s a few less now.

Anyway, I finally redid the pictures for the fifth or sixth time (I lost count). My wife finally stopped laughing at me for redoing the pictures. She asked me at least three times “Are you doing the same picture again?”.

So if you want to see if my work was worth it, please download my new book. Yes it’s a children’s book, but I promise adults will enjoy it too. If nothing else all the pictures and the different characters are pretty entertaining. It’s about three mice who love to play pranks (something kids today are doing a little too much), but these pranks eventually catch up to them in an unexpected way. Think about the story of the boy who cried wolf.

It’s also free to download the digital copy today and tomorrow. So no reason not to. If you do, I would really appreciate a review. With books, reviews are especially important. The more descriptive the review, the better.

Here is the link

Please let me know what you think or if you have any questions for me. Have a great weekend.

That’s all Sam’s wife had to say to him this morning. He couldn’t help but mumble to himself I think it’s colder in here. This was how it had been for months. They didn’t talk anymore and if they did, it ended up with someone upset.

On the way out Sam witnessed a stray dog digging in their trash cans while noticeably shivering. He stopped, unable to leave this poor creature like this. He reentered the house and headed to the kitchen followed by Mutt, the strays new name.

“What’s going on?” Maggie asked  surprised to see her husband back already.

“Mutt here needed some food and a little warming up.” Sam replied with a grin his wife hadn’t seen in a long time.

“Well, then I better get a bowl with some water too. I think I have toys in the closet he can play with.” Maggie was smiling as well. She even kneeled down and hugged Sam, leaning against him while petting their new family member.

“I better be off to work now. Take care of my new buddy til I get home.”

“Do you have to?” Maggie asked. “Why don’t you call in today and stay home with me and Mutt?”

Sam smiled again. It seemed this day just might not be so cold after all.

Written for the Sunday Photo Fiction Prompt. My first attempt in a while. Hope you enjoyed. I hope to start sharing more regular in the future.

There is a rumor circulating that Santa is fed up. They say he’s tired of giving!

“What has giving gifts gotten me?” The jolly one was quoted as asking the crowd at a recent Thanksgiving Parade.

Immediately he began receiving responses from the crowd talking of holiday cheer, the Christmas spirit, children who adore him and plate after plate of cookies. Santa responded to the group with only a frown. From what I gathered, a frowning Santa is a sight you never want to see.

More of the upset onlookers chimed in that he is a legendary figure. His portrayal in movies, books and songs keep his name in the minds of his adoring fans year after year. That had to be worth something, right? 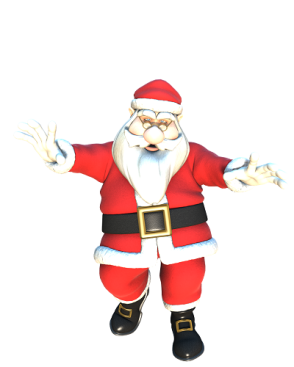 Santa’s face is said to have turned blood red before he started on a long winded rant.

“Don’t get me started on that. You think I ever receive any royalties? Hollywood and all those artists getting paid while I sit in my little cottage preparing for the next holiday. Day after day of planning my trip, making sure the gifts are ready, feeding the reindeer, listening to those annoying elves sing, mapping out my trip and deicing my glasses only to realize I forgot little Timmy’s new phone. Then all you hear is Santa sucks and why doesn’t Santa care? And by the way, when did we decide kids should get expensive game systems or smartphones? What’s wrong with a toy soldier or a cute teddy bear? Do you know how hard it is to fit a set of drums down a chimney?…..”

From my understanding this went on for quite a while. Santa only stopped when he realized most of the crowd had dispersed. Since then he has continued his rants in the form of tweets like

“Stocking up on coal for everyone this year. Merry Coalmas ya’ll! – #Santaaintyourservent ”

I have a plan to hopefully get Santa out of his funk. I figure we have all enjoyed and taken advantage of Santa’s jolliness for too long without offering him anything in return. It’s time for payback. Getting Santa gifts though, is not what I’m thinking. What does Santa need that he couldn’t get or make himself? Can’t be much.

So what I propose is to set Santa up with a GoFundMe campaign. Just think, if you want a certain gift you don’t ask for it. Instead, you donate enough to receive the tier equal to your desire. In addition, you get the smaller gifts as well. Here’s my idea of a sample, but I’m sure once we get Santa involved the tiers will be much better.

I figure this way, Santa can see how much people love what he does by the amount his campaign raises. It would have to be the all time best campaign. I know the money probably doesn’t mean much to him, but the amount of people responding should be enough to turn his frown upside down. If anyone complains about not getting what they wanted, just ask them “Well, did you support the GoFundMe?”

we still have a few weeks to get this going so Santa will be glad to head out on Christmas Eve. Who’s with me? 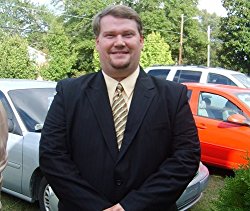